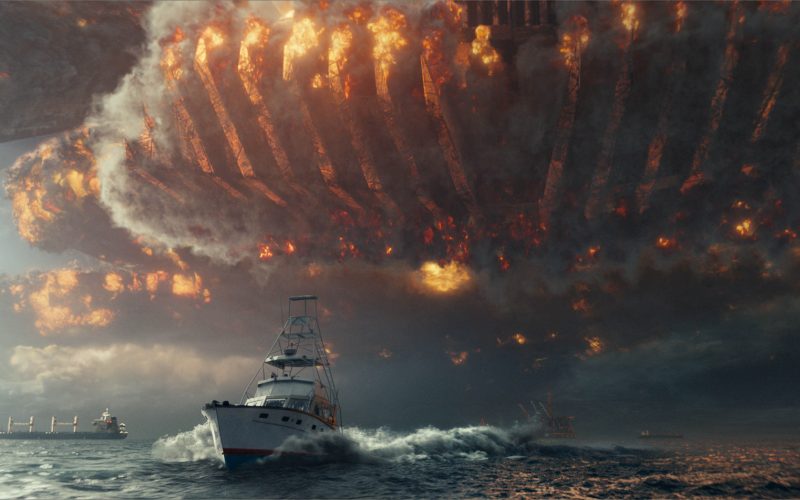 Superman, Wonder Woman and all these figures from both, DC and Marvel, lead us to the exaltation of an essential character to the narrative: the hero. Even with those free of super powers, the action can be converted in a superhuman challenge. Have you imagined something like Independence Day? I don’t know about you, but I would be the first to go; there’s the tough truth.

On the same track, War of the worlds (2005) has a more plausible outcome and with a hero whose the main goal is to save his children. In fact, Tom Cruise starred in a dozen of movies from this genre and, even when he was away from the Science Fiction’s universe, he ‘wore the colors’ of heroism as the agent Ethan Hunt from the Mission: Impossible franchise.

But while he runs the risk of dying in surreal situations, like climbing a giant building in Dubai, you try to deal with a more everyday-challenge like a rollercoaster ride, in which you have a dialogue with your own conscience. “I’m going to fall. No way! This is safe. Please, don’t remind me of Murphy’s Law now.”

Besides this ridiculous moment, dangerous situations in movies of the genre take on great and even radiant proportions. Unlike the horror caused by the wars around the world and it’s cinematographic appropriation, the typical ‘action films’ show an increasingly frenetic pace full with fancy visual effects.

In the Total Apocalypse style, plots like The Day After Tomorrow (2004) and 2012 (2012) represent the planet’s monumental force upon mankind. Observing all the catastrophes on the news in the past few years, I confess that when I look at Guanabara Bay (Rio de Janeiro), I imagine a distressful scene and I’m not even talking about the preposterous pollution.

However, look how great leaders suffer in titles with a horror bias like 28 Days Later (2002) or The Walking Dead. The melodramatic accent is quite evident. On the show, for example, poor Rick, every now and then, ends up in tears. After all, it’s not easy to see everyone around you been eaten by zombies and still have to be responsible for leading the ones who survived.

In the end, it’s not always possible (or even good) to be the main character. Sometimes, we have to settle for the supporting role or even the extra. But still, the human race has a remarkable survival instinct and when it’s combined with compassion, we are capable of memorable acts and the super humans can arise from where we least expect.